Dr Sally Bayley is a Teaching and Research Fellow at the Rothermere American Institute and a Lecturer in English at Lady Margaret Hall. She has published two books on Sylvia Plath, Eye Rhymes: the Art of the Visual (OUP, 2007), and a study of Plath as a cultural icon, Representing Sylvia Plath (CUP, 2011). She has also completed a study of domesticity in American literature and culture, taking Emily Dickinson and Bob Dylan as her leads: Home on the Horizon, America’s Search for Space (Peter Lang, 2010). Her latest project, The Private Life of the Diary (Unbound, 2016), tells the story of the diary as a coming of age story by diary writing, and mixes memoir with narrative non-fiction. Sally Bayley has produced and contributed to several film projects with film maker Suzie Hanna. Letter to the World (2011) is an animation exploring the material and metaphorical worlds of poet Emily Dickinson. The Girl Who Would be God tells a Cinderella story of the young writer, Sylvia Plath, aged 17. The film takes an inspirational passage from Plath’s teen journals as its starting point. These films have been shown in festivals all over the world. Sally is now completing a literary memoir for Harper Collins which tells the story of her young life, growing up in an all female, charismatic household, through reading.

Dr Julie Sutherland is the International Ambassador for ReLit. She also offers professional editing, writing and teaching services through her company In Other Words – Language Animation Services, which is based in Ontario, Canada. Her writing commissions include two online, upper-level Shakespeare modules for Athabasca University in Canada and a week-long course for children on Shakespeare’s The Tempest, requested by the EDventure Society in Cape Breton. She is also the contributing editor to Broadview Press’s most recent edition of Shakespeare’s Merchant of Venice (2014). With degrees in English literature and drama, Dr Sutherland is intensely interested in the capacity of literature—both read and in performance—to effect change in the human spirit. She regularly supports initiatives to destigmatise mental illness and promote mental wellness in the communities in which she lives. 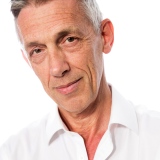 Professor Sir Jonathan Bate is a well-known literary scholar. The author of many books on Shakespeare, his biography of the poet John Clare won Britain’s two oldest literary awards, the Hawthornden Prize and the James Tait Black Prize. His most recent book is a biography of Ted Hughes that was shortlisted for the Samuel Johnson Prize and chosen as one of the “best biographies of 2015” by seven national newspapers. He has a longstanding interest in literature and mental health and, once he finishes his current book (Wordsworth and the Romantic Age: A Revolutionary Life), he will turn to a project provisionally called The Black Dog: Dr Johnson’s Prescription for Melancholy. You can read more about him at jonathanbate.com 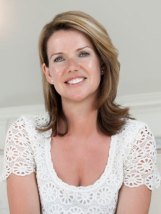 Dr Paula Byrne has taught English and Drama at school, further education and university levels. She has written several bestselling biographies, including The Real Jane Austen,  Belle: The True Story behind the Movie and Mad World: Evelyn Waugh and the Secrets of Brideshead. She now divides her time between writing (her most recent book is the international bestseller Kick: The True Story of JFK’s Forgotten Sister and the Heir to Chatsworth) and her role as Founder and Chief Executive of ReLit. Her website is www.paulabyrne.com

Lemn Sissay is a poet, playwright and broadcaster. He has read poetry everywhere from The Library of Congress in The United States to The University of Addis Ababa, from the Botanic Gardens of Singapore to the sonorous shores of Sri Lanka, from Wembley Football Stadium to Maryland Football Stadium, from the theatres of Bangalore to the theatres of Dubai, from a literature festival in Bali to a bar stage in Greenland AND Wigan library. 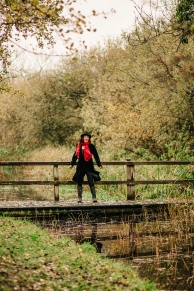 Professor Suzie Hanna is Chair of Animation Education at Norwich University of the Arts and Chair of NAHEMI, the National Association for Higher Education in the Moving Image. She is an animator who collaborates with other academics and artists, and whose research interests include animation, poetry, puppetry and sound design. She has made numerous short films all of which have been selected for international festival screenings, TV broadcast or exhibited in curated shows. She contributes to journals, books and conferences, and has led several innovative projects including animated online international student collaborations and digital exhibitions of art and poetry on Europe’s largest public HiDef screen. She works as a production consultant and as an international academic examiner, was a member of the AHRC Peer Review College from 2009-2014, and is a longstanding member of ASIFA. She plays the violin and the musical saw. www.suziehanna.com 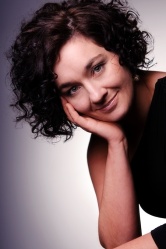 Dr Nicole Panizza is a renowned UK-based vocal accompanist, recitalist, coach and scholar. After completing her studies in Australia she undertook postgraduate training in the UK with Malcolm Martineau and Roger Vignoles. In 2014 she was awarded her Doctor of Music degree (Royal College of Music) and is a past recipient of an International Fulbright Award, in support of visiting research fellowships at Harvard University and Manhattan School of Music. Nicole has worked for Opera Australia, the Cologne and Covent Garden Opera Award and as Education Manager for The Royal Opera, Covent Garden. Recent research includes the internationally acclaimed album Nature https://itunes.apple.com/au/album/nature/id898147974 with New-York based soprano Jane Sheldon, (nominated for Australian Classical Album of the Year 2014), lectures at University of Singapore, University of Oxford, University of Cambridge and performances in Vancouver, New York, Paris and Philadelphia. Current ventures include a recording project featuring song cycles by the American composer Juliana Hall, interdisciplinary performance projects based on the poetry of Emily Dickinson and Bob Dylan, and the creation of an online archive showcasing musical settings of Emily Dickinson’s literary canon. Nicole is a founding member of the Zerere Arts Foundation and OzMosis, and chair of the UK-based company OperaCoast. Recent posts include Visiting Research Fellowships (Rothermere American Institute and Faculty of Music, University of Oxford). She currently holds the positions of Senior Lecturer in Music Performance (Coventry University) and Research Associate (Oxford Song Network). Further information can be found at www.nicolepanizza.com 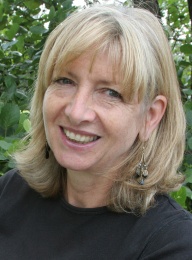 Jane Draycott is a poet whose collections include Over (shortlisted for the T S Eliot Prize), Prince Rupert’s Drop (a Forward Prize nomination), Tideway, a sequence about London’s working watermen and women, and her 2011 translation of the moving medieval elegy Pearl (winner of a Stephen Spender Prize for Translation). Her co-authored work includes an exploration with poet Lesley Saunders and artist Peter Hay of the 12th-century mystic Christina the Astonishing, as well as several award-winning audio-poems for BBC R3 and LBC radio, composed with poet Elizabeth James. She has been a recipient of the Keats Shelley Prize and the Hippocrates Prize for Poetry and Medicine, and is Senior Associate Tutor on Oxford University’s MSc in Creative Writing. You can read more about her work at www.janedraycott.org.uk

Duncan Minshull is a producer at BBC Radio, recording programmes for Radio 4’s ‘Book Of the Week’, ‘Short Works’ and Radio 3’s ‘The Essay’. He is also a compulsive stroller and out of this has come three books on the subject – While Wandering, The Burning Leg and most recently Beneath My Feet – which examine through various writers and their work an enduring desire to travel by foot. He has also written about the joys of walking for newspapers and magazines including The Times, The Financial Times, The Telegraph, Conde Nast Traveller, Vogue, Psychologies and The Lady.

Dr Charlie Lee-Potter is a broadcaster, journalist, academic and printmaker. She has presented BBC Radio 4 programmes such as The World at One, PM, The World this Weekend, The World Tonight and Open Book and worked as a news correspondent and documentary maker for BBC radio and television. She writes on art, design and culture for Cereal magazine and teaches nineteenth and twentieth-century literature on the visiting programme at Hertford College, Oxford. Her latest monograph on post-9/11 literature, art and journalism, Writing the 9/11 Decade: Reportage and Evolution of the Novel (Bloomsbury Academic, 2017), was recently shortlisted for the University English Book Prize. She is currently writing and illustrating a book on geometrical shapes.

Jude Cowan Montague is an artist, poet and broadcaster. An archivist for Reuters Television for many years, she currently creates a weekly show for Resonance FM called ‘The News Agents’. 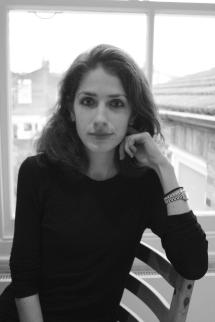 Rebecca Abrams is an award-winning author of both fiction and non-fiction.  She teaches creative writing at the University of Oxford and is the Royal Literary Fund Fellow at Brasenose College, Oxford.  Her novel Touching Distancewas shortlisted for the McKitterick Prize for Literature and won the MJA Open Book Award for Fiction. Her non-fiction titles include The Playful Self: Why Women Need Play in Their Lives and The Jewish Journey: 4000 Years in 22 Objects.  She was Writer-in-Residence at Gladstone’s Library in 2015 and a First Story Writer-in-Residence at Larkmead School from 2010-12. She is a literary critic for the Financial Times and the recipient of an Amnesty International Award for Journalism. Her website is www.rebeccaabrams.co.uk.

Alexandra Kelly is an English teacher at Hopkins School in Connecticut, USA. Her courses focus on the power of language and storytelling in periods and genres ranging from ancient mythology to modern poetry and drama. She is deeply interested in interdisciplinary and cross-genre work, particularly considering how to use and apply the lessons and language of literary analysis and self-expression to other subjects and activities–from chemistry to athletics. Her current research focus is on developing student writing and individual expression within the classroom.

Jack Harris is a folk singer-songwriter. He was a SXSW showcasing artist at 17, as well as the youngest ever winner of the Kerrville Folk Festival’s New Folk Award in 2005 (previous winners include Gillian Welch, Devon Sproule and Anais Mitchell). He has been the recipient of the PRS ATOM award for new music creation, as well as an EFDSS creative bursary for songwriting. His most recent album, “The Wide Afternoon”, brings together eleven songs rooted in Folk and Blues traditions, telling real and imagined stories. http://jackharrismusic.com.

Rachael Hodge is the administrative assistant for ReLit. She monitors the charity’s email account, relituk@outlook.com, and is also responsible for social media and website updates. Rachael co-ordinates registration for the ReLit Summer School. In addition to her role with the charity, she is a DPhil student at St John’s College, Oxford, interested in the development of dramatic genre in the early years of the professional London theatres (c. 1587-1597).